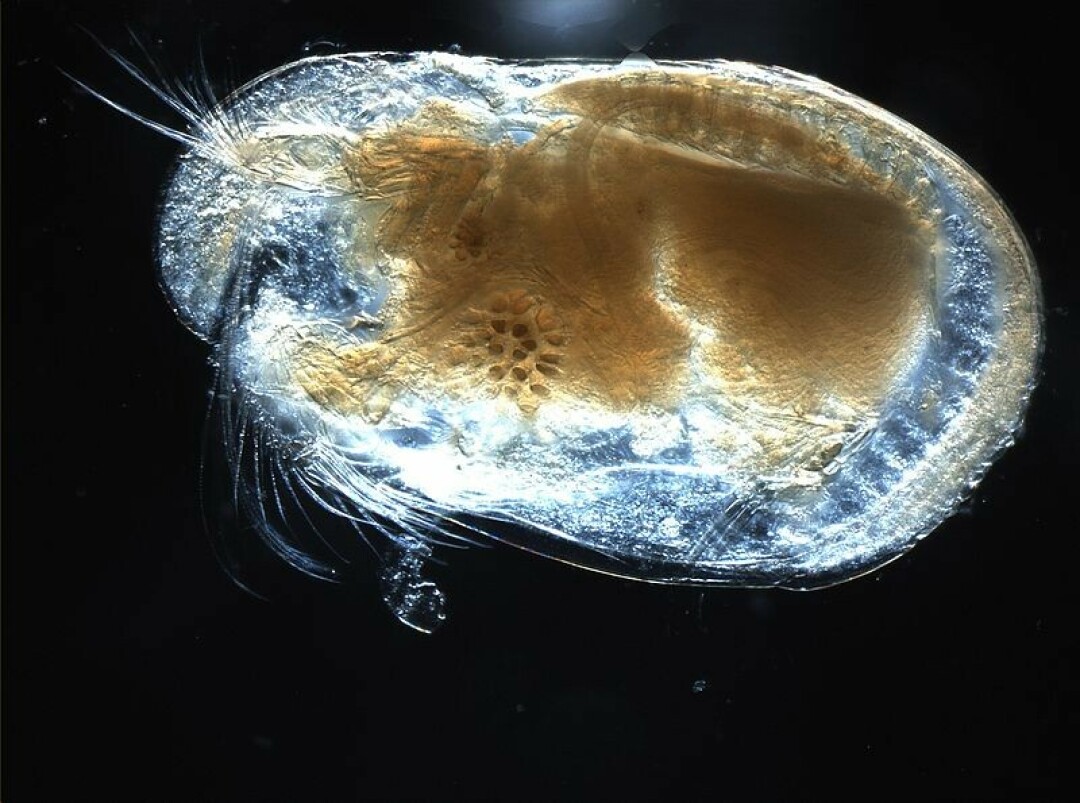 Being the modest sort, I have never claimed to be a scientific genius, although I do bear a striking resemblance to Albert Einstein when I forget to brush my hair in the morning. I did, however, spend most of my career in a sciency place, so I feel it is my duty to inform you of the latest scientific discoveries. I am able to do this because I am a subscriber to “Science News,” a fine magazine which reports on every scientific discipline, while covering nothing in depth unless it involves a bathysphere.

The first little tidbit is that scientists now believe that Planet X, previously theorized as a Neptune-size planet beyond Pluto, is actually a grapefruit-sized, invisible black hole. This is a great excuse for their being unable to find it. I use a similar excuse when I can’t find my car keys.

Which reminds me of a lesson I learned from Harry Potter: If you’re going to wear your Invisibility Cloak, make sure it covers your shoes. It is common knowledge, based on many syfy films, that a large black hole, swallowing stars and planets, is accompanied by brilliant flashes of light and ominous music (heavy on the bass), which is the cosmic equivalent of Harry’s shoes. The fruity black hole, being so much smaller, probably emits firefly level flashes of light and tinker bell music. As soon as they find it, they will be sending up an iPhone and earbuds to monitor that.

Another bit of news comes from either the field of zoology or physiology, I am not sure which. It regards an Ostrocod, a tiny crustacean which is said to resemble a seed with legs. The remarkable thing about it is that it has a sperm which is three times longer than its body. In a microscopic view, it resembles one of your cat’s hairballs.

“Ewww,” I can hear you saying. “What kind of scientist would be unrolling that to measure it?” Ha, ha. Of course, a scientist would not be doing that! He would get his technician to do it.

The Ostrocod’s a little cutie,
Stepping out in search of booty.
When he finds her, little nimrod
Shoots his sperm out like a spin rod.
Sets the hook and reels her in,
Takes her for a little spin.
When he’s got her warm and cozy,
Then he’s done. It’s time to mosey.

My personal favorite crustaceans are daphnia, the water fleas. Daphnia love polluted water, and my tropical fish loved daphnia, which I was able to scoop out of the St. Louis River before the paper mill cleaned up its act. Cleaning up its act in this case was closing down their Sulfite Mill, the source of that sulfur dioxide aroma that Cloquet used to send to the Woodland neighborhood free of charge. A lovely young Duluth TV reporter stood on a street corner in Cloquet and identified the smell as carbon monoxide, a totally odorless gas that would have killed her on the spot. Luckily, she was VERY good looking and landed a job in the Twin Cities before the CO cloud could come down on her.

GOOD NEWS: We did NOT kill off the woolly rhinoceros.
BAD NEWS: They’re still all dead.
NEWS UPDATE: The tortoise beetle larva has a telescoping anus. It puts a shield made from its excrement on it and uses it to fend off other insects. It doesn’t work, of course, if it’s a fly looking for a turd.

As part of my job, I was able to get some insight into the sex lives of pine trees and mushrooms, but for my introduction to ichthyology I had to rely on the dry goods clerk from Shopper’s City. The extent of her knowledge was how to scoop ‘em and how to bag ‘em, which is why I ended up owning an eel with a catfish in his mouth, after I had been assured that he ate fish food that drifted to the bottom. Fortunately, the catfish had his spines ready, so the eel had to spit him out, whereupon the catfish swam away whistling “Beautiful Dreamer” and acting as though nothing had happened.

Male Dwarf Gouramis are beautifully colored fish who build bubble nests in which he entices the female to lay her eggs. The nest looked great to me, but I never could find a female Dwarf Gourami, and so neither could he. You took what you could get at Shopper’s City. Cichlids, I found, are attractive, ill-tempered fish that build their nests in the rocks. They generally hate plants because predators can hide in them, so they will rip them out even if they have no intention of building a nest. Another disturbing thing about Cichlids is that they have a nasty habit of taking chunks out of other fish that happen to pass by. They especially like the ones with fancy fins.

One of the most popular kinds of tropical fish are the live bearers, the Guppies, Swordtails and Mollies. A discussion of their sex life could get embarrassing, so I recommend that younger readers leave the room. I have, surprisingly enough, a relevant double dactyl type poem ready.

I warned you. The first part is only true if you have plants for the little fry to hide in as they mature. Without the plants, you are more likely to observe cannibalism. I never caught Tetras having sex, but from the conditions they require to put them in the mood, their libidos are on a par with those of the Giant Pandas.

Epitaph for a Friend

I saw an obituary for an old friend of mine the other day. It’s not a rare occurrence at my age, but this one was unusual in that I only knew it was her for sure when I saw her maiden name. I’m sure she had forgotten my name years ago, and we would not have recognized each other if we passed on the street, but I remember her, because, once — many, many years ago — she kissed me. Her girlfriend kissed me, too. These were not romantic kisses — we were friends, and they were happy friend kisses, but they meant a lot to me then, and they still do.

About a year later, her girlfriend married a friend of mine, a guy who was more mature, and ready for the responsibility. They moved away, and although I saw her rarely, she was always glad to see me, and I know she remembered me until the day she died, which was much too soon.

I have only fond memories of these two beautiful girls. I hope my friend had a good life. I know that each girl took a small piece of my heart with them when they left.

A person my age should be too dignified to be cracking up in his recliner. It’s downright unseemly, and I have to wonder if I’m losing it.
I was reading the late Terry Pratchett’s novel “Monk.” A young man goes to visit a wizard. “Is it possible,” he asks, “To walk through a wall?”

The wizard thinks about that for a moment. “Well,” he finally says, “I would choose a very thin wall to start, just to see how it goes.” Then, trying to be helpful, “Have you considered using a door? The one behind you is my personal favorite.”

Now I ask you, is that worth choking on your coffee? It’s still painful, and I’ve used up two tissues and a napkin.

There are two benchmark authors for people who write comic novels: Dave Barry and Douglas Adams. I’m not sure why, even though they both have cracked me up at times. Dave Barry is known for his observational columns, basically Jerry Seinfeld in print. Maybe women hit on famous columnists. I’m available, ladies.

Adams made his mark with “The Hitchhiker’s Guide to the Galaxy.” Volume 1 was hilarious, and volume 2 only slightly less so. It ended up being a trilogy in 5 volumes, which were, in my opinion, about two volumes too many. I suspect he was getting tired of it by volume 4, but by volume 5 he was sick to death of the characters and it was a disaster.

A guy named Eoin Colfer, mostly noted for his children’s books, tried to bring the characters back to life in a book called Vol. 6, “And Another Thing…” but it didn’t work for me. Adams not only shut the barn door after the horse had left, but he tracked the horse down, shot it and left it for the wolves to eat. There is no going back from something like that.

I did enjoy the Dirk Gently book series, as well as the TV version, which only ran for two seasons, but clearly had a third season in mind when the resident network nitwits cancelled it. While I am ranting about the TV network nitwits, I also would like to mention Wyatt Cenac’s series “People of Earth” which only made it through 20 episodes, but also was ready to go on. Clearly, network executives, who lack any sense of humor, had learned nothing from the debacle that was SNL when the reins were given to a humorless executive, who still refused to admit the error of his ways, and passed the buck flawlessly, as executives do. Any one with common sense would know he was incapable of running that show when he thought Norm McDonald wasn’t funny. I’m guessing he was hoping to get someone to replace him who was at the sophistication level of The Three Stooges, the last group that he had laughed at. 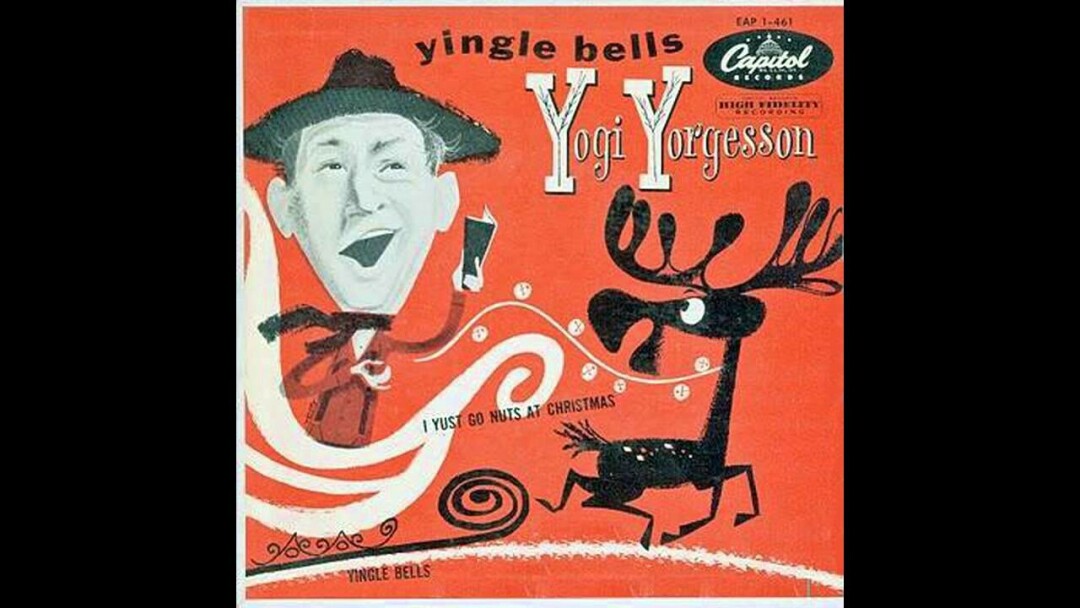 And now I’ve gone from books to TV. I suppose the only thing is to go on to funny songs. I used to really like Yogi Yorgesson’s lyrics from “Someone Spiked the Punch,” talking about Ingvald, the bridegroom:

Ven I felt his hand, it vas cold and moist.
And his forehead vas colder - and moister.
Den he opened vun eye,
vitch looked to me
Yust like a big blue oyster.

NOTE: Terry Pratchett and Yogi Yorgesson are still dead and Al is still weird. I don’t give a crap about the network executives.