The Friday Night Lights were lighted anew last Friday night, and seemed to shine extra brightly on the new artificial turf at Hermantown’s Centricity Stadium/Corey Veech Field. But after just one night, the Hermantown Hawks may requisition the name be changed to Friday Night Heavyweights — in respects for the Hawks explosive football team.

The State High School League’s late decision to give high school football programs a couple of weeks to get ready and then start an abbreviated season set the stage for last week’s openers. For Hermantown, it looked like a matter of reloading and ready to fire, as the Hawks throttled Denfeld 36-0 before a sparse crowd that was mandated scarce by rules limiting two people for each player involved to keep space properly for the Coronavirus Pandemic.

Quarterback Michael Lau, a 6-foot-3 junior, was the inexperienced signal-caller who played like a veteran, and his passing prowess belied the fact that the Hawks generally run the ball to set up the run — not bothering to pass. Eau threw seven times, connecting on six of them, for 121 yards.
Lau got some quick experience when the Hunters made an impressive opening drive, then he got his chance and directed Hermantown 65 yards on 11 plays, with Gavin Blomdahl bursting through for the final 9 of them and and early lead.

Next time with the ball, Eau started on the Hermantown 20, moved into midfield position, then threw a perfect strike to senior tight end Logan Fure, who caught the ball on the left side and ran into and out of congestion in a highlight video broken field run that went for a 56-yard touchdown.
Blomdahl had time for another touchdown before halftime, and the Hawks celebrated the proper opening of their renovated field by scoring on five possessions before the half ended. When it was over, the Hawks had added 275 rushing yards to the 121 passing yards, and, coupled with Duluth East’s loss at Grand Rapids, established Hermantown as the No. 1 program in the Duluth area.

At Cloquet, the emphasis this fall has been on soccer, with the boys team racing undefeated to the Lake Superior Conference championship, while the girls team was matching that undefeated march until visiting Duluth East where the Greyhounds avenged an earlier loss at Cloquet with a 4-2 victory.
East also has its tennis team to boast about, as the Greyhounds, led by Aili Hietala and excellent depth and balance knocked off Grand Rapids-Greenway in the 7AA tournament first round, and handled Andover Monday afternoon at Longview to reach the final match.
With no fall state tournaments, the section meets in everything from football, soccer, tennis and cross country will be the pinnacle this year. 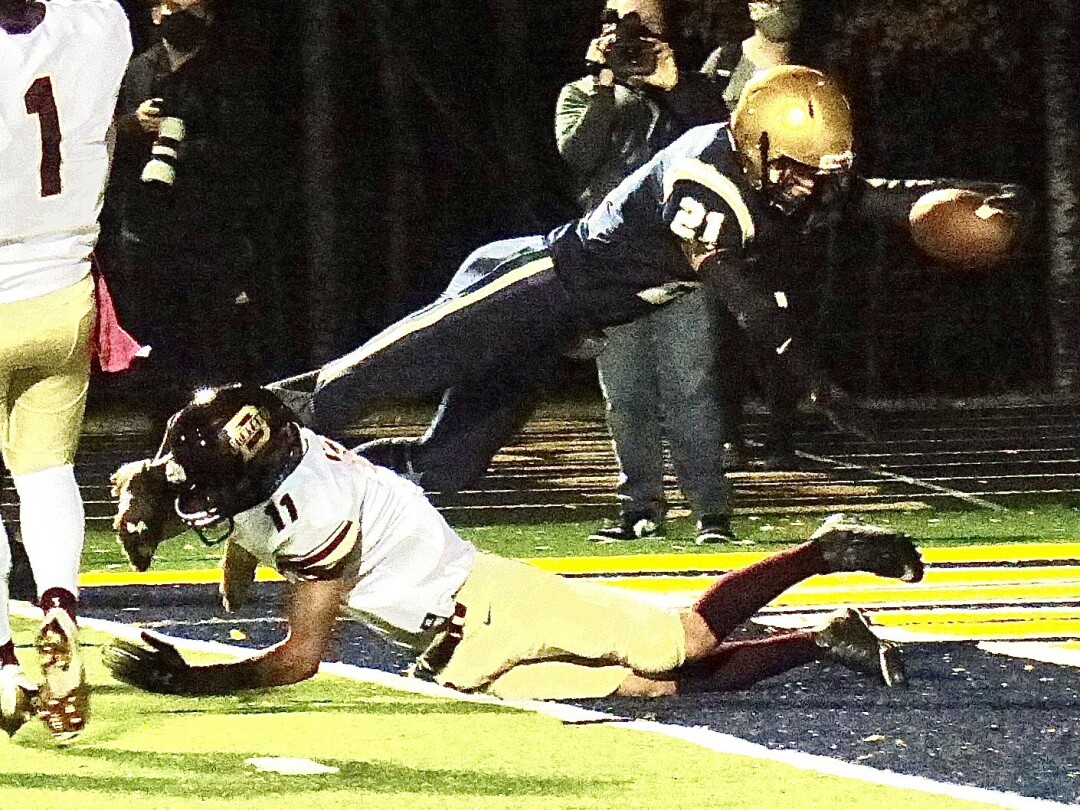 Before we get to the amazingly entertaining games in the Major League Baseball playoffs and the NFL, we need to answer one big question: If you were an NHL general manager, would you trade Devan Dubnyk for Cam Talbot?
Neither would I. The Minnesota Wild won a game, then lost two against Vancouver to bow out of the NHL’s novel playoff pod in Edmonton. General Manager Bill Guerin held a press conference and said some changes needed to be made, but he said the goaltending, with Alex Stalock taking over from Devan Dubnyk, was a bright spot and couldn’t be blamed for some bad penalties — or bad penalty calls — doomed the Wild to Vancouver’s power play.

Then to make his big move, Guerin fired Bob Mason, the former International Falls and UMD star goalie who had done a fantastic job through the years of making the Wild goaltending not only strong, but with a very compatible 1-2 punch with Dubnyk and Stalock. Next, to address the fact that the Wild was getting pushed around and needed to get bigger and tougher, he traded away Eric Staal, the team’s best player and first-line center. Then he said Mikko Koivu wouldn’t be back, forcing us to assume that Koivu had given in to the constant questioning about whether he would retire. Guerin said he had played long enough and was such a solid citizen he had earned the right to make that decision himself. Next day we learned that Guerin forcibly eliminated Koivu, the team captain and most dependable defensive center and face-off specialist.

At 6-4 and 6-3, Staal and Koivu were not among those pushed around. Next, Guerin traded Dubnyk to San Jose and it was announced the Wild would pay half of his hefty salary. I was thinking young and improving Luke Kunin would now get the chance to be the most prominent center, but he traded Kunin, a 2016 first-round draft pick who starred at Wisconsin, to Nashville to get Nick Bonino, who is 32. So much for getting younger. Guerin knows Bonino from days at Pittsburgh. He was third-line center at Nashville. 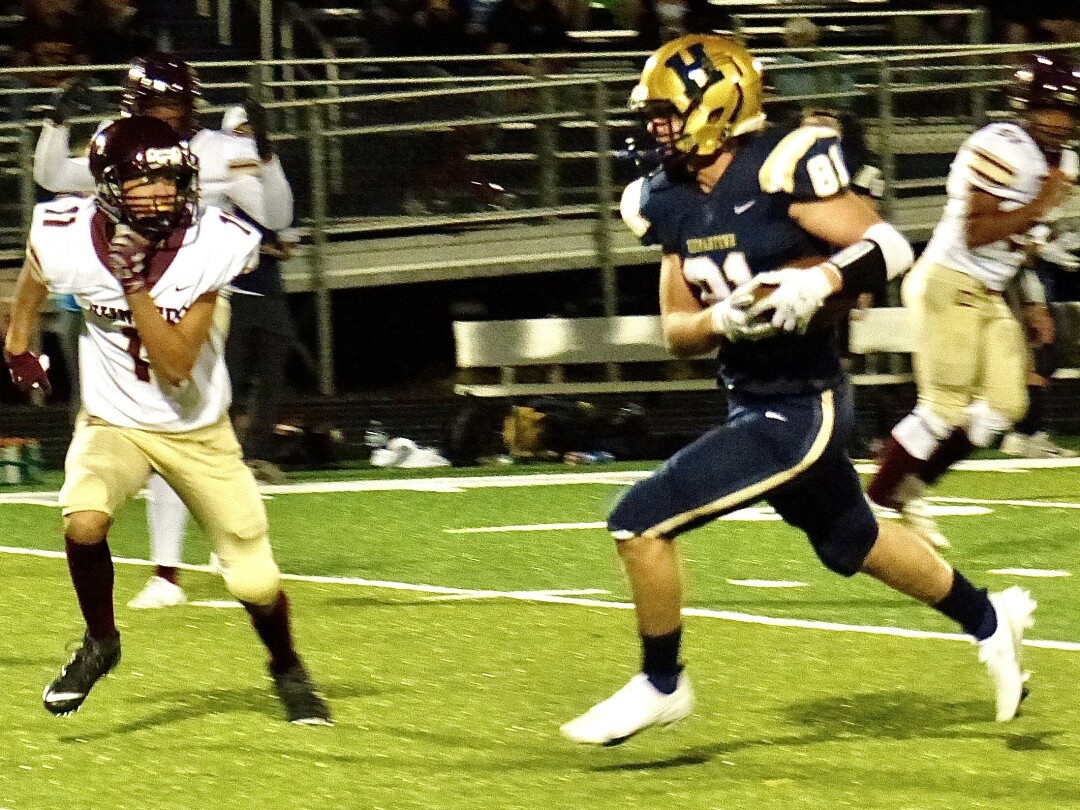 Signing Talbot as a free agent goaltender and announcing he would be No. 1 in the nets is a bit of an insult to Stalock, who had won the No. 1 job when Dubnyk took time away from the game to stay home and tend to his ill wife and their kids. He was at one time the hottest goalie in the NHL, something Talbot has never achieved. Maybe he will be great, maybe Dubnyk will lead the Sharks back into the playoffs. But so far, if a complete changeover of the Wild was Guerin’s plan, this seems far from successful.

The Vikings played an outstanding game at Seattle last Sunday night, in the rain, and Kirk Cousins and the defense did a great job in the first half, but Russell Wilson led the Seahawks back in the second half, and it led to a spectacular finish, with Wilson’s fourth-down desperation touchdown pass giving the undefeated Seahawks a 27-26 victory. The Vikings led by 10 in the fourth quarter, and still led by six when facing a fourth-and-one from the Seattle 6.

I love coaches who go for it, but my reasoning simply at the time caused me to say: “Kick it.” A field goal would take it from 26-21 to 29-21. An eight-point lead would mean that even the miracle-working Wilson would have to direct a drive down the field with two minutes left, and they would have to score a touchdown and get a two-point conversion just to tie 29-all. In that scenario, I like the Vikings to hang on and win, and the worst case scenario would mean another chance in overtime.

They went for the first down, and Cousins was stopped short. Wilson and the aroused Seahawks took over. In more ways than one. I hate second-guessing, and my wife and son would attest to my concept of kicking the field goal and hanging on.
There were other fantastic games. The Chicago Bears beat Tampa Bay, Tom Brady and all, in a 20-19 thriller. Couple weird plays. The Bears took the lead with a field goal, 20-19, but inexcusably called a time out that gave Brady 1:17 remaining on the clock, when they could have run it almost all the way down. Brady responded with a couple big plays, needing only a field goal to win it, running a couple plays and spiking the ball to kill the clock once. But Brady, amazingly, threw incomplete on fourth down and then looked puzzled, gesturing to the ref that he still had fourth down. Brady had neglected to realize that spiking the ball cost him one down, and the game ended 20-19.

Then I watched the Raiders end Kansas City’s perfect record 40-32, with the astounding thing Jon Gruden’s brilliant play-calling that was so diversified it seemed to baffle the Chiefs. Meanwhile, Derek Carr our Patrick Mahomes. The Raiders broke from a 24-24 tie and took command, and Carr was at his best. A late touchdown, an interception for another touchdown, and at the end, Mahomes was 22-43 tor 340 yards and one touchdown and a passer rating of 83.5, while Carr hit on 22 of 31 for 347 yards and three touchdowns, with a passer rating of 126.7.

Meanwhile, in Atlanta, Teddy Bridgewater — remember him? — was 27 for 37 for 313 yards and three touchdowns in Carolina’s 23-16 victory over the winless Falcons. And Monday night, Drew Brees led New Orleans back from a 17-point deficit to beat the Chargers 30=-27 in overtime. Brees was 33-47 for 325 yards and one TD with an 87.6 passer rating. But the star of the game was Justin Herbert, the rookie from Oregon who got the chance to play because of a pre-opening-game injury to a teammate who had been named the starter, was 20-34 for four touchdowns and a 122.7 passer rating. He’s got it all, except for the magic that seems to be the sole possession of Drew Brees, and Russell Wilson.

That brings us back to the baseball playoffs, where Houston, which eliminated the Twins and won the second round with fantastic defense, was beaten in the first two games by Tampa Bay and a series of spectacular defensive plays that won Game 2. You don’t see defense like that normally, and the Rays are playing like the Rays of old. I always think the divisional finals in Major League Baseball are the best baseball of the year, and that seems to be the case again this year. The Atlanta Braves, for example, rallied to beat the Dodgers in Game 2 of the NL final, and then routed the Dodgers in Game 3 Tuesday night. Enjoy it, in case the World Series falls short of expectations.